From 26 July 2018 to 1 August 2018, a high roller player, who is a successful Singapore businessman, blew more than US$30.6 million (NZD$31.9 million) at Star Gold Casino in Australia. The high roller – Wong Yew Choy – had been well taken care of as he was offered five-star treatment from the moment he landed in AU and was picked up by the casino’s private jet until the time he returned to Singapore. The venue permitted the business man’s gambling ride because they knew very well that he was quite good for it. Nonetheless, at the end of his weeklong trip, Wong Yew Choy refused to pay what he owes.  Read on below and learn more. 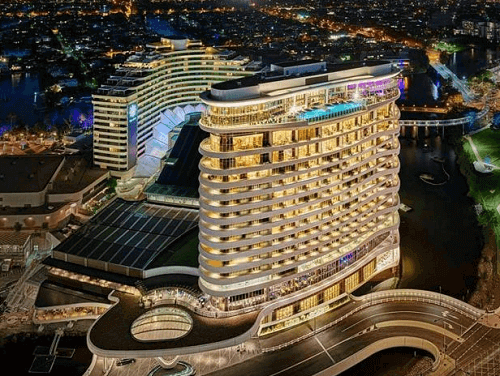 Why the High Roller Refuses to Pay

Star Entertainment, which owns the Star Gold Casino located in Queensland in Australia will be going after Dr Wong in a court in Singapore over his debt. This debt is said to be the biggest deficit in the history of casino gambling in Queensland. Star Entertainment will argue that Mr Wong gave the casino a blank check, which Star Casino was meant to fill in. However, the check bounced after it was presented to the bank in Singapore, where the account was drawn.

Dr Wong had spent an entire week gambling, playing baccarat. Well, he argues that he doesn’t believe it’s his fault that he lost. He further added that the dealers were making a lot of mistakes during gameplay, which the casino later confirmed in writing. Aggravated over the anticipated incompetence of the casino’s dealers, Mr Wong was prepared to depart ahead of schedule.

However, he was then convinced to stay longer after a couple of hosts offered to give him more credit. On top of that, he received a letter from Star Gold Casino’s chief operating officer assuring him that there won’t be any more mistakes from its dealers. Upon the agreement to stay longer, Dr Wong then stated that he wouldn’t pay for any losses in the event that the mistakes from the dealers continue.

The mistakes allegedly continued, and so the high roller flew back to his country where he told the bank not to pay when the check is presented. He says this was following the agreement he had made with the casino that he won’t pay for any losses because of the dealers’ errors.

Abraham Vergis who is the high roller’s lawyer reported that his client would contest the case against his client as an issue of principle and he intends to fully support his decision to stop the payment from going through. He further added that Dr Wong is a highly respected patron in the casino industry, worldwide; who is frequently offered incentives and concessions packages.