Last week Friday, GTA (Gaming Technologies Association) announced to the media that its CEO – Ross Ferrar will be stepping down. Ferrar has been serving as the CEO of GTA for 17 years now but says it’s time to move on to the next chapter of his life. He will be replaced by Chris Muir, who has been part of GTA since June 2018. 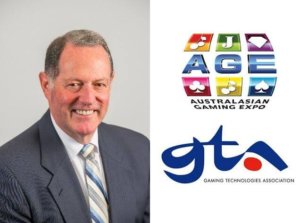 Gaming Technologies Association is a company that represents gambling machines in Australia. It’s also the founder of the Australasian Gaming Expo which is a casino gambling trade show that is held annually in Sydney and just celebrated its 29th year in August 2018.

Gaming Technologies Resignation of the CEO

Through a prepared statement to the media, the Chairman of the GTA – Adrian Halpennny said that they appreciate Ferrar’s services to the company for the past 17 years. He further mentioned that the outgoing CEO had been a keen advocate for the company and its members. The company will continue participating as the voice of the voiceless about poker machines and the role they play as a legal entertainment choice enjoyed by many casino gamblers.

Lastly, he mentioned that under Ferrar’s leadership, the casino gambling operation managed to create a strong record of supporting its members when it comes to a sound and robust regulatory environment. The incoming CEO has held senior positions in the federal government and in New South Wales where he was the chief-of-staff to senior ministers.

Of his new role at the GTA, Muir reported to the media that he is excited to be working with GTA and its members. He mentioned that he would do his best to represent them well on matters relating to regulatory and technical issues, advocating actively for them.

The Gaming Technologies Association board looks forward to working with the incoming CEO, so as to continue representing the interest of their members.  At this moment, it is uncertain when Ferrar’s last day at GTA is. At Kiwi Casinos, we will keep you posted with the latest casino gambling news worldwide, especially in New Zealand.