The popular market research company from Australia, known as Roy Morgan recently published their Gambling Currency Report and it showed information that poker gambling in AU is slowly declining. Their results are based on a source survey carried on by Roy Morgan after doing thorough face to face interviews with over a thousand Australians, on a weekly basis.

Based on the latest information that the marketing research company provided, the Northern Territory is still the biggest part of Australia that has the highest poker and betting amongst all the territories and states in Australia. On the other hand, the highest lotteries and scratch card wagering has been reported in West Australia. 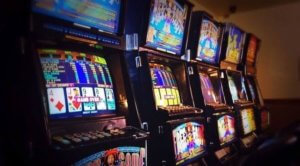 Statistics on the Decline in Poker Gambling

As shown in the document released by the Gambling Currency, the northern territory had a larger report of Australian players that preferred gambling on pokies.  Approximately a total of about 23.6% of the Northern Territory residents, only those over the age of 18 have placed bets at a casino gambling machine in an average of about a period of 3 months. The states of New South Wales and Queensland followed with their proportion rates being 14.2% and 14.9% respectively.

Michelle Levine – the marketing research company’s chief executive officer reported to the media that generally, gambling participation in Australia has actually been slowly declining over the past couple of years. The only exception to this is the sports betting industry, which has just experienced an increase in the previous year to about a year and a half.

Basing on the results of the survey presented by this research marketing company, the highest casino gambling reports have been reported in the Northern Territory. These results are then followed by the territory of Victoria, with a gambling percentage of 10% and Western Australia with about 9.6%. The percentages for the states of South Australia and Queensland were quite close – 7.4% and 8.1% respectively. Tasmania reported with the lowest, which has about 4.7% of the states’ residents above the age of 18 having placed a bet in at least an average of a 3 month period.