Home » Fortnite Dropping V-Bucks Llamas from Save the World Game

Fortnite Dropping V-Bucks Llamas from Save the World Game

Fortnite has opted to turn their loot Llamas transparent because of gambling concerns. This change was announced in patch notes for their ‘Save the World’ game mode. V-Bucks Llamas, also called loot boxes, can be purchased by players and will generate random prizes. Due to recent controversies over these purchases, many online video games have had to take a stand over these purchases. Fortnite is one of the first to voluntarily reveal the contents to players.

In the game, players can convert real money to V-Bucks, the in-game currency. This can then be used to buy randomised prizes called V-Bucks Llamas. According to the latest update notes, Epic Games has chosen to list the prizes within. However, other loot Llamas earned in the game will remain random.

In a way, loot boxes and loot llamas can be compared to scratch cards. Players pay for the random chance to win special prizes. While Fortnite doesn’t have these prizes in their Battle Royale game mode, they are available in the standard mode. 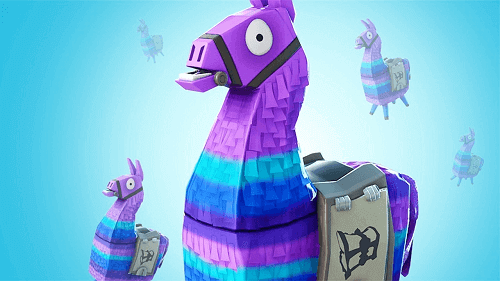 Part of what makes loot boxes such a big deal is that they can be bought with real money. Some players choose not to buy loot, but earn it. Unfortunately, the equivalent in game time to earn the same prizes usually takes days or weeks. Added to this is the fact that paying for such prizes and being rewarded randomly is considered gambling in most jurisdictions.

As we reported, the scandal began with Electronic Arts and their latest Star Wars title. Before it was even released, players who ordered in advance revealed that loot boxes were unfair. To buy key characters in the game cost hundreds of dollars, while earning it would take over 300 hours. This discrepancy sparked global outrage from players and then gambling regulators.

Last year, the Belgian Gaming Commission warned game developers about loot boxes after reviewing popular games. Their review exposed that most of the popular games available offered illegal gambling through loot crates. Titles such as Overwatch, FIFA 18, and Counter-Strike: Global Offensive were named offenders after the investigation. Further studies by other regulators came to the same conclusion.

More so, the average age of most players for these games is far below the legal gambling age across the globe. Since loot boxes were judged as gambling, this puts younger gamers at risk.