With FOBT rules firmly in place, bookmakers are now testing similar games that do the same thing. FOBTs (fixed odds betting terminals) used to have high stakes for players. These gaming machines are owned and operated by bookmakers in shops across the United Kingdom. However, they are now strictly limited to a maximum stake of £2 (NZ$3.88) from £100 (NZ$193.84) under new laws.

These laws are meant to protect players and stop them from losing thousands on the games. After months of delays and debates between lawmakers, the machines are now regulated. However, any new games could bypass the FOBT rules altogether if they different. Of course, this kind of thing has come to the attention of the UK Gambling Commission (UKGC).

At least two high-street bookmakers have been warned, and others are sure to follow. Both Betfred and Paddy Power Betfair have withdrawn their latest gaming machines after a UKGC warning. William Hill has also been warned after announcing the launch of similar products. 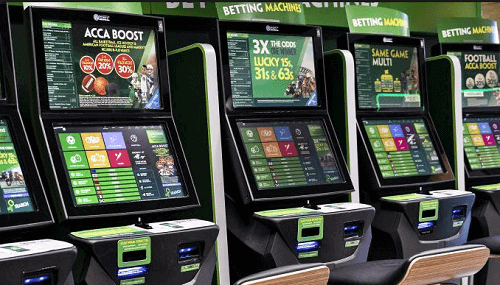 Many bookmakers raised concerns about the loss in profits under the FOBT rules, but have received no support from ‘competent authorities’. As a result, many betting shops launched the new Roulette-style games on the launch date of the new rules. These high-stakes games have the same purpose as their predecessors.

While the bookmakers may have felt they’d successfully worked around new laws, they’ve actually started a new investigation. In recent years, the UKGC is cracking down on any gambling law breaches. From online casinos to gambling advertising, they are cracking down on everything. Gambling-related harm is a global issue, and the UK is determined to beat it.

That’s why the new FOBT rules have been so controversial across the British Isles. Of course, there will always be a company looking to work around the law. After all, profits are more important than social responsibility to some firms.

For more stories like this, keep visiting Kiwi Casinos.