On 23 October 2018, William Hill US went to the New Jersey federal court where they filed a civil suit against their rival in question.

Precisely, FanDuel is being accused of duplicating Hill’s ‘How to Bet Guide’ meant to assist new players in New Jersey and educate them about the launch of the state’s legal wagering that happened in June 2018. 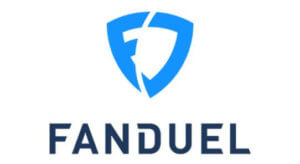 Details of Why FanDuel Is Being Sued

In the lawsuit, it’s noted that FanDuel published their ‘How to Bet Guide’ after their sports book launch at Meadowlands Racetrack in New Jersey sometime in July. The guide was circulated amongst players as printed pamphlets and it was also available on their website.

Furthermore, the lawsuit entails numerous examples their guide’s duplication of a large number of words also found in Hill’s guide including the very same betting examples that William Hill used. However, the main problem came when FanDuel’s guide had references of specific types of wagers available at William Hill, instead of the scratching out William Hill and replacing it with their brand name. If William Hill’s lawyer was to read this out loud, it’s at this point that he would have dropped the mic and walked off the stage!

After all has been said and done, what William Hill wants is a jury trial. They are hoping that the court will rule with ‘all damages sustained’ because of FanDuel’s shady practices. They are also hoping to get statutory damages, receive all the court costs and the entire legal feel from FanDuel.

Joe Asher, William Hill’s CEO reported to ESPN that he finds what FanDuel did ‘ridiculous’. In the event that the decision made by the court will favor William Hill, Asher said that a part of the damage fees that FanDuel will pay will be used to fund creative writing scholarship programs at NJU (New Jersey University).