Home » Daniel Sturridge Gets a Four-Month Ban from Football

Daniel Sturridge Gets a Four-Month Ban from Football

The previous striker for Liverpool FC football club, Daniel Sturridge is banned from football for four months, until June 2020. This was after they found him guilty of violating the Football Association (FA) gambling rules. In addition, they imposed a fine of £150 000, which is approximately NZ$306 187,50 for the transgressions. 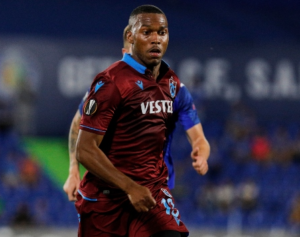 Sometime in July 2019, the former Liverpool FC striker was also banned from football again but for only two weeks. This was after a football gambling commission exposed that he had told his brother ‘inside information’ regarding his transfer to Sevilla. This also came with a fine of £75 000, which is about NZD$153 094. Read on below and find out more about this interesting story.

The Football Association reported to the media that the professional footballer in question did get a ban from playing football or partaking in anything football-related until the 17th of June 2020. FIFA also confirmed that Daniel Sturridge’s ban would be effective worldwide, not just in the United Kingdom. The measure comes after the FA filled for an appeal against the initial punishment imposed on the footballer, asserting that it was reflecting much more of tolerance than the violation he deserved.

Consequently, a respective self-regulating Appeal Board discovered that the aforementioned football gambling body didn’t properly apply the Football Association’s rules. It was also discovered that two more charges on the professional footballer were dropped at first. Hence, the ban that Daniel faced significantly increased from just two weeks to 16 weeks. Besides the ban announcement, the beginning of this week saw the contract between Daniel and Trabzonspor being terminated.

After leaving the Liverpool FC, the 30-year-old football player became part of the Turkish side during the summer in 2019 by embarking on a 3-year contract. So far, he has made about 13 appearances for the football club, where he scored a total of 7 goals. In his YouTube video, Daniel expressed the decision that finalized the ongoing season for him as ‘upsetting and disappointing.’ He went on to express his opinion that this issue of placing bets on professional sports players moving from one club to another had to be stopped.

The ruling of the appeal board stands by their statement that the regulatory commission ‘misapplied the ruled’ when it comes to Daniel Sturridge’s charges. However, we will ensure to keep you posted on any advancements on this matter; so, keep it locked here at Kiwi Casinos for the latest online gambling news in New Zealand.