The SkyCity Entertainment Group has launched a digital casino based in Malta. The online gaming site is a joint venture with Gaming Innovation Group (GiG) under the URL skycitycasino.com. Tapping into the digital gaming market has been in the making for SkyCity New Zealand since May, with the rollout taking place on Friday 9. The web-based gambling environment in Kiwi is highly regulated, which is why they opted for the offshore licensing.

This expansion is part of SkyCity’s diversification of their portfolio after they realized the missed opportunity. The Auckland SkyCity casino remains the marque gaming establishment for the group, raking in most of the revenue while Adelaide casino continues to struggle. This is juxtaposed by the reports by the Department of Internal Affairs, citing that offshore online gambling has risen by 84% since 2015. 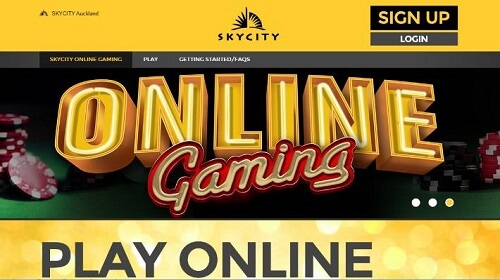 Maltese-based casino management service company, Gaming Innovation Group is responsible for the management of the online platform. This is regarding the front-end of the website and the gaming content that players can find at the casino lobby. While this move may not be much of a surprise to New Zealanders, the gaming group has exercised caution about their expectations of the online platform. The estimated returns from the project are only expected to take time before they reach their full potential

The Department of Internal Affairs is actively looking into introducing a framework to legalize online gambling and awarding licenses to both local and overseas casino operators. Currently, the only providers of online gambling in New Zealand are state-owned platforms in LottoNZ and TAB. The discussions are centred around the licensing requirements along with setting up appropriate taxes, and social responsibility obligations. The discussions are reported to come to a close in September. In the meantime, keep your eyes glued to kiwicasino.co.nz for the latest gambling news in New Zealand. 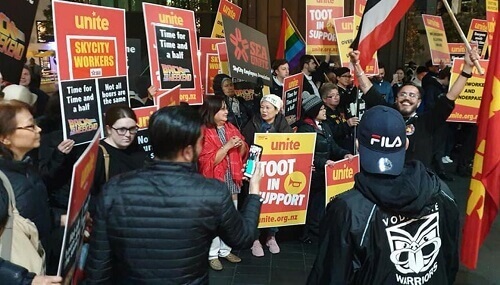 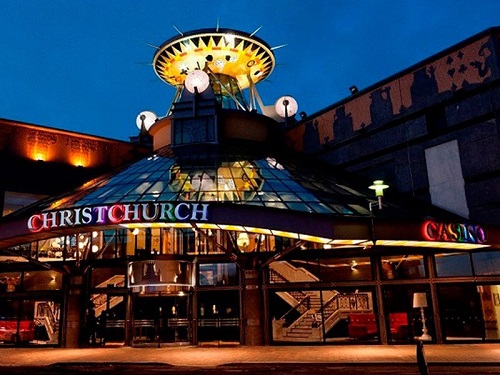 Auckland SkyCity casino workers are set to embark on strike action over unfavourable working hours. About 97% of the 900 employees who are under the Unite Union recently voted in favour of the strike. They are trying to force SkyCity to reimburse casino staff and set up incentives for working “unsociable hours” which include nights and weekends. Coincidentally, these are the times when SkyCity makes the most money.

The strike will start on August 31 at 17:00 and end in the morning of September 1. The union and its SkyCity casino workers have grown tired with the company’s approach to dealing with them, said lead negotiator and Unite National secretary Gerard Hehir. “SkyCity needs most of its workers at weekends and nights and makes most of its income during that time – but prefers to use the ‘stick’ rather than the ‘carrot’ to get staff [to work] at these times,” he said.

Currently, all low-paid SkyCity casino workers are in a rotating roster. They have to work regardless of their personal or family situation. This means that those who can’t really afford to work weekends or nights have to show up whether they want to or not. The Unite Union has been at the negotiation table with the casino for years, arguing for a more humane roster that incentivises people but SkyCity has been refusing to pay extra for the unsociable hours. “Apparently incentives are only for very highly-paid executives at SkyCity,” Hehir said.

According to the union, SkyCity coined NZ$144 million in profits this year so far. Furthermore, according to its 2019 Annual Report, CEO Graeme Stephens got nearly $2.4 million in incentives this year. Additionally, SkyCity’s top 86 executives each got a share of the $4.6 million incentives package along with their salaries.

What SkyCity casino workers want is for the company to recognise that not all hours are equal. They are calling for penalty rates to be awarded for nights and weekends. Firstly, this will encourage staff who able to work these hours to do so. And secondly, to give employees some choice about their working hours. The campaign, called “Back to the Weekend” is essentially about highlighting the rights of employees to be able to choose and spend more weekends with their families or doing what they want.

According to SkyCity site convenor Joe Carolan, SkyCity has so far refused to move on the issue. Furthermore, this strike SkyCity casino workers are embarking on it about worker’s rights as a whole.

“This year the union has fought three restructures forcing workers to work unpopular nights and weekend shifts. If we win this at SkyCity, we say to the government: this is a right that all workers in New Zealand should have again. In this time, we undid the damage of the early 1990s and brought back the weekend,” he said.

Auckland SkyCity casino workers are simply asking for what workers at the Adelaide, Australia branch get. After all, the Auckland workers generate the vast bulk of SkyCity’s company income. 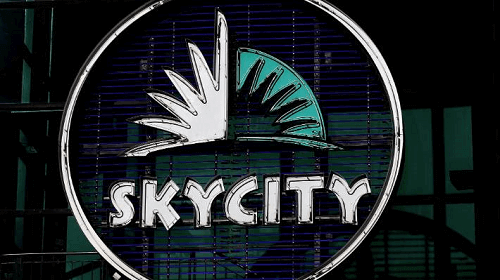