Britney Spears will be doing it again in Las Vegas as insider sources report to the media that she has made a deal with MGM. The agreement involves MGM resorts paying her approximately NZ$500 000/show for a two-year contract that will be starting in 2019. 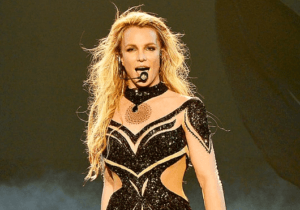 The pop star’s four years at Axis Theatre in Hollywood reached its end on the 31st of December 2017, after she had 249 performances. The total revenue that was made out of this deal was about NZD$138 million, just in ticket sales. However, Caesars Entertainment refused to reveal how much Britney made per show, but Forbes estimated that it was around NZ$500 000.

UK’s Daily Mirror reported that MGM made a fantastic offer to Britney Spears to bring her to the NZ$500 000 per show salary. The media further stated that some trusted sources close to Britney Spears confirmed that the estimates are accurate. In January 2018, MGM Resort and Britney Spears were already rumoured to be in some discussions of some sort.

At NZD$500 000 per show on the 5 200-seat theatre at MGM, the company would have to sell out the tickets at least NZ$92.15, so that they do not make a loss. Also, paired with the hundreds or thousands of dollars that will come in the production costs, we assume that the tickets to the show won’t come cheap.

Although Britney and MGM have not yet confirmed to this alleged deal, many trusted media outlets report that this deal has been sealed already. An insider source told the Mirror that Britney has verbally agreed to the deal and plans are already in motion.

This NZD$500 000 per show deal would make Britney Spears one of the most paid entertainers in Las Vegas. Various rumours have been going around for a similar deal for Adele, but then again, these have so far, remained as just rumours.