A former gambler for BetBright, whose bets could have awarded him with a total of approximately NZ$40 000 had they not been canceled by the casino gambling company reported to the UK Guardian that he is in the process of taking legal action against the casino’s previous owners. 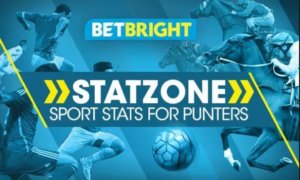 The online casino stopped offering its services last week Thursday, a day after an announcement was made that 888 Holdings has acquired the company for NZ$19.9 million. On that same day, a message was published on BetBright’s site saying all outstanding bets will be voided and the stakes will be returned. The message further advised players to try and make sure that they have withdrawn their balances within the coming 30 days.

Most players were surprised by the announcement as they didn’t see it coming as it happened a week before Cheltenham, UK’s biggest horse-racing tournament of the year. Players had placed their bets weeks in advance hoping to get better odds. In the interim, all other bets on big events such as the English Premier League will also be refunded.

Reasons for the Acquisition of BetBright

The former player who anonymously spoke to The Guardian reported that the bets he had placed on the English Premier League would have paid out a couple of thousands had he chosen to cash-out last week Monday. This is a feature that is quite popular in the sports betting industry.

However, the UK Gambling Commission later revealed that BetBright Casino was in deep financial difficulties before 888 Holdings came into the picture. They further reported that the online gambling company was now on a level of insolvent liquidation. 888 Holdings decided to acquire the company for other reasons apart from the company’s assets, liabilities or customer base. They are more interested in BetBright’s technology platform.

The litigious player described the UK Gambling Commissioner’s assessment as a ‘cop out.’ He believes if BetBright wanted to, they could’ve covered any liabilities using the NZD$19.9 million they received from the sale. He added that it could have been very much possible for them to prevent any liquidation risks while they ensure that their players are all treated fairly.

The player in question ended by saying that a more reasonable way for the casino company to close down was to return all the bets placed at their cashout value, allowing players to reinvest in in the online betting markets elsewhere if they wished to.