The Young Australian military veterans who are part of the Returned and Service League (RSL) they are lobbying to get the poker machines to be removed at their branches. The reason behind this as said by the Army officer David Petersen is to have strict measures that will tackle the poker machines from spreading.

At the moment there are approximately 280 RSL sub-branches located in Victoria. Only 52 of the sub-branches have the poker machines. Hence, Petersen is pushing that they do not go to other branches. What’s more, he believes that the RSL must not be part of gambling by operating the gaming machines. 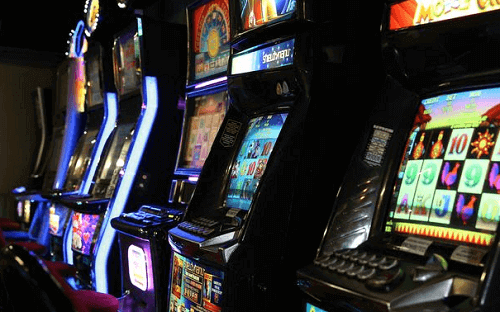 Gaming Machines Not a Big Sponsor for the RSL

Another campaign that Petersen is heading is for providing better welfare payments to veterans. That is because these gambling machines are not having much of an impact on the revenue of the RSL.

These 52 branches that have the gaming machines have been reported to have generated revenue of about AU$260 million for the RSL. They have also managed to make the RSL profit of AU$8 million, and this was only in 2017. However, from the money that was made less than 4% was used for welfare programs for the veterans and the community.

According to Brigadier Mike Annett, state secretary of the Victorian RSL, AU$9.8 million is directed to some of the services that support veterans. However, this is only to a lesser degree. He further explained an AU$6.8 million is redirected to veterans that are in need.

Nevertheless, Petersen thinks that funds that are generated for the veterans’ welfare should not be justified with the negative impact the poker machines have on society. He further explained that there had been veterans with suicidal behaviour that was associated with gambling. Not only that but the behaviour was also associated with alcohol and drinking. Petersen believes that if the branches are in charge of the pokies, it will increase the impact of alcohol and gambling addictions.

It is known that the gaming machine has a negative impact on Australians. The machines have been blamed for causing gambling problems for the locals< it also turns out that some RSL veterans have been affected by playing the machines.

In the past, it was believed that they would be able to help some of the RSLs in Victoria, but that is not the case. There has been a few that had to close because of financial difficulties. However, the organisation relies on gaming machines because they are expanding through the network of professional welfare hubs.