Betsoft has a planned a launch for a trio of Asian-themed pokies this year. The gaming developer is diversifying its portfolio. The new range of pokies is just the tip of what the software developer has in store for gamblers in New Zealand. Betsoft plans to start the Asian-themed pokies collection with a trio of titles. The first one to be released has already been announced. For the rest of 2019, Betsoft will be launching a new title from the collection each month.

The gaming developer has especially designed this new range of games with the Asian market in mind. Quite savvy if you think of how many Chinese gamblers, for instance, travel to countries like ours to gamble at the best New Zealand casinos. Let’s take a look at what this Malta-based gambling game software developer has up its sleeve with this new collection of pokie games.

The first collection to launch is titled the “Red Dragon” and comes with three games. The first of that trio is titled Bamboo Rush, which will be followed by Caishen’s Arrival and finally Dragon & Phoenix. 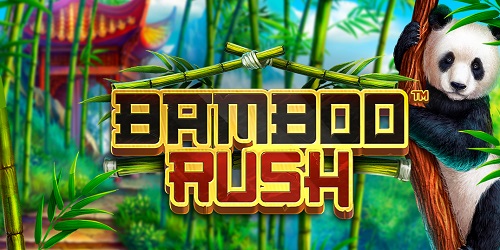 Since the opening up of a couple of key Asian markets for gambling, Japan for one, it’s easy to see why Betsoft has set its eyes on Asian-themed pokies and games. The Red Dragon trio of pokies is just the beginning of something bigger. Players have new concepts to look forward to in these new games.

Bamboo Rush is set to have stacked wilds a high payout Golden Panda as a scatter amongst other features. In addition to its cinematic interface, the game has a huge maximum multiplier potential of up to 53000x!

The next two titles that are to follow Bamboo Rush have not been detailed as yet. However, Betsoft’s Marketing director revealed that these games “will take players’ breath away from the very first spin.” Each of the titles in the Red Dragon Collection will entertain and captivate players from all walks of life, and not just those in the Asian market.

More of the Latest Gambling News in New Zealand: