On 11 September 2018, the media in the UK reported that the police had charged Edward Putman, a 53-year-old Hertfordshire resident with fraud. His crime was representing false documents for submitting a claim of NZD$2.7 million jackpot lottery back in 2009. However, Putman has been released on bail and is due to appear in court on 16 October 2018. 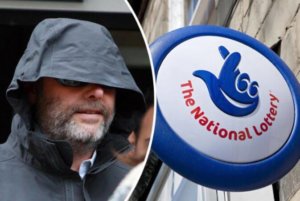 Camelot, the National Lottery Operator, got a claim of NZ$2.7 million from Putman. The alleged scammer presented a lottery ticket with a barcode that had been scratched off. Camelot, however, decided to payout the player, based on the evidence that they had at that time. Six years down the line, Putman was arrested based on suspicion of fraud after there was evidence that he had worked with someone working at Camelot to claim the prize.

The investigation was later dropped as the police couldn’t raise more substantial evidence. Apparently, the Camelot employee that was working hand-in-hand with Putman reportedly noticed an unclaimed jackpot prize.

He then printed a new ticket that had the same numbers and tore off the barcode. After that, he had to look for Putman to submit the claim instead. Reportedly, Putman was told all the relevant information by the insider, like where and when the ticket was bought. This sort of information was enough not to have Camelot raise any suspicions against Putman.

Regardless, Putman still applied and received unemployment benefits until his winnings came through. He was unemployed as he failed to get employment because of his criminal record. In 1991, Putman served four years in jail for raping an underage girl. The Camelot insider that Putman is alleged to be working with, Giles Knibbs committed suicide after being suspected of blackmailing Putman for NZD$900 000 after the bogus win.

In 2016, the national lottery was fined NZ$3 million by the UK Gambling Commission for failing in their ticket prize process which breached the lottery company’s gambling license. Camelot refused to give a statement to the media saying that it’s too early to be saying something when the matter hasn’t gone to court yet.